Woke up with a slightly swollen lip this morning. Not sure if its a reaction to the tiny bit of dairy I had yesterday or something else. I’d had a few very small lesions already, and the swelling is because one of them got worse overnight. All the other lesions (5 of them) are still barely noticeable.

Another weird symptom I noticed this morning is a rash around several mosquito bites on my legs. One of the rashes is pretty big, but none of them hurt or itch at all. Usually, when a bite or injury (any kind of “trauma” that triggers the immune system) is turning into a skin lesion, there’s a lot of itching, and it eventually forms a white crater at the site of the bite, which takes a long time (several months) to heal and always leaves a scar. It doesn’t seem like that is what’s happening here, but I feel like my immune system is still doing something wonky with these bites.

On to today’s food… Breakfast was a homemade granola recipe from the Immune System Recovery Plan’s chapter on Healing the Gut. GF oats, shredded unsweetened coconut, Brazil nuts, walnuts, almonds, sesame seeds, honey, coconut nectar, coconut oil, maple syrup, raisins, banana chips, and lots of cinnamon and ginger. This was so easy to make. I’ll definitely try to keep this jar filled with homemade granola at all times. Should last a while, and will be such a quick, easy breakfast on busy days. Can’t wait to make coconut kefir to go with it. 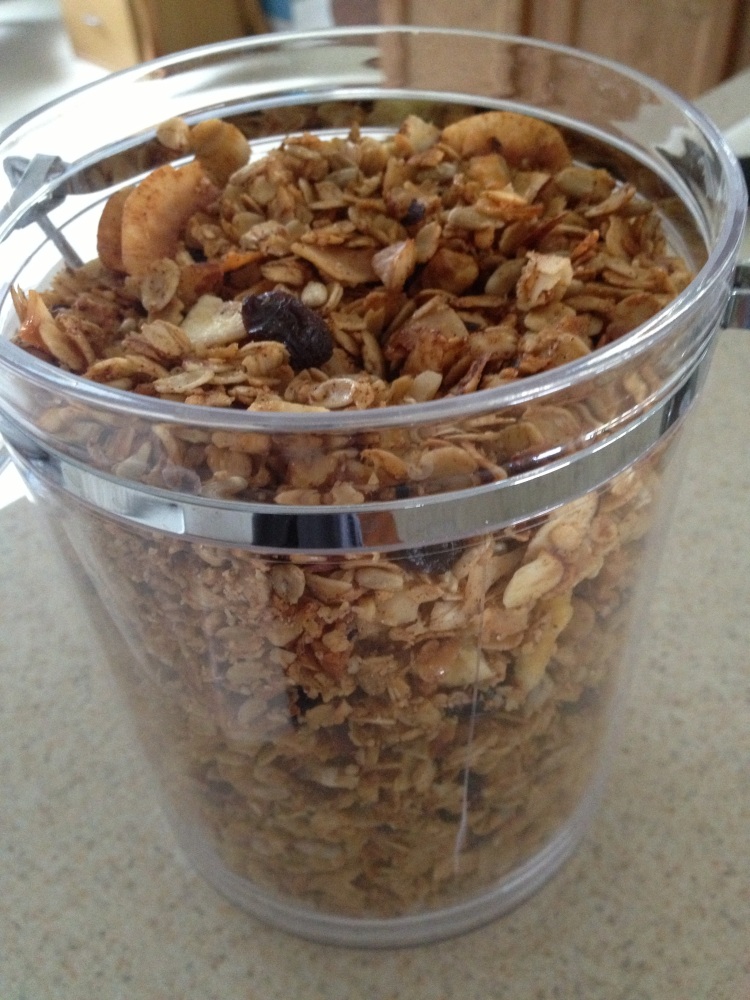 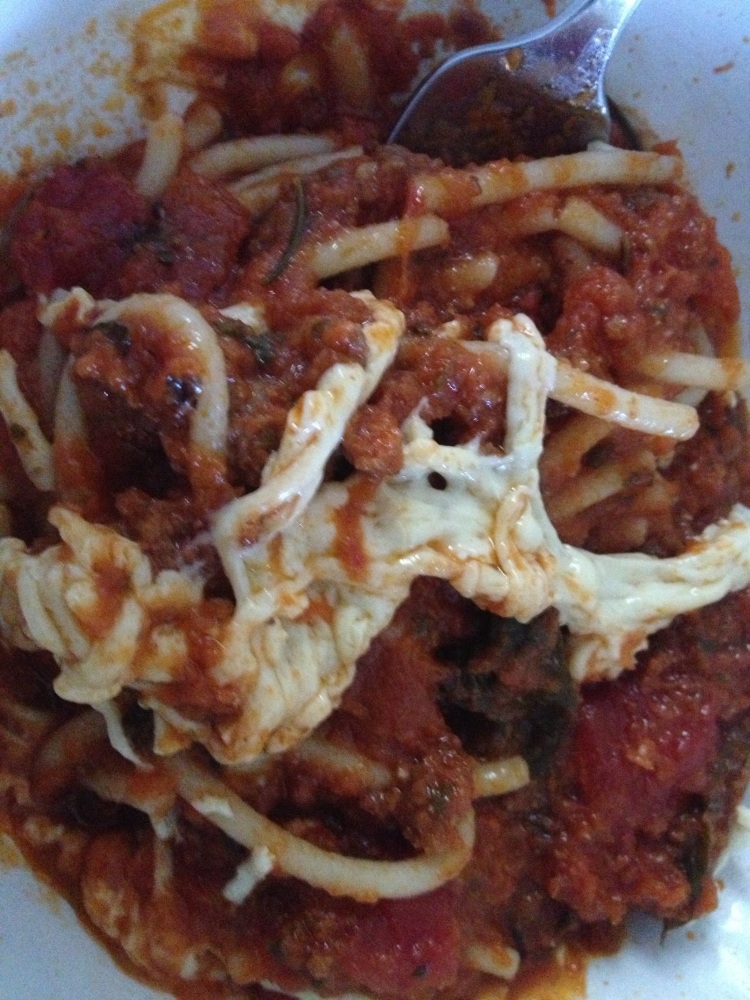 Dinner is a Brazilian fish stew called Moqueca. Could also be called coconut-lime fish soup. Here’s a link to the recipe I looked at, but didn’t exactly follow. http://www.simplyrecipes.com/recipes/moqueca_-_brazilian_fish_stew/

I used culantro instead of cilantro, and added red potatoes and a cup of rice, among other things. It ended up being a coconutty cross between chowder and Puerto Rican asopao. Delicious.

Side note about the fish I used, Swai. It’s a type of catfish, which doesn’t have scales. I’m noting this, because I’ve been reading The Maker’s Diet, which mostly suggests what I’m doing already. But one of the distinctions of this diet is that it restricts foods considered biblically unclean. The idea is that our Maker knows how our bodies are meant to function and has given us clear direction on how to stay healthy. Among the foods that are restricted: pork, shellfish, fish without scales (such as my swai). These animals apparently eat indiscriminately, and are sort of the cleaner-uppers of nature, so their flesh is “unclean” and not fit for human consumption.

The swai had been in our freezer for months. I’d purchased it a while back, long before reading the Maker’s Diet. I also have some shrimp in my freezer that I may or may not eat eventually. But moving forward, I’m going to try not to purchase “unclean” foods. I need all the help I can get to get well, and who better to rely on than the Great Physician? 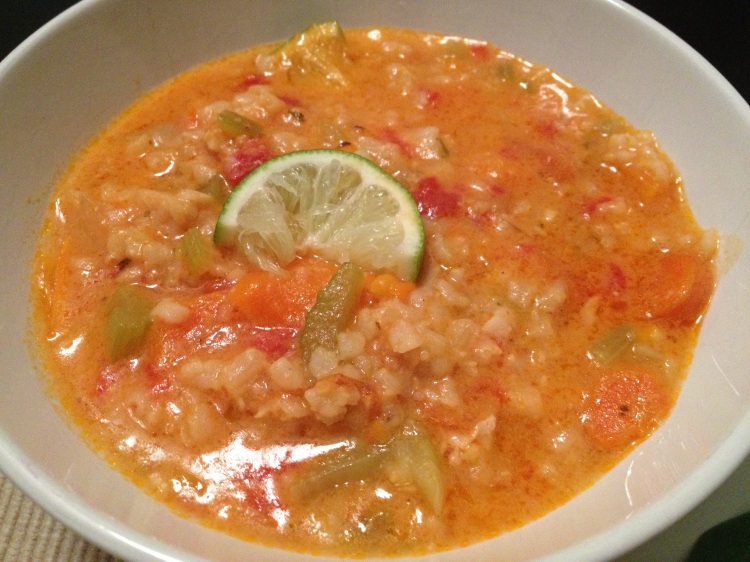 Served it with a spinach and fennel salad with roasted beets and orange vinaigrette. 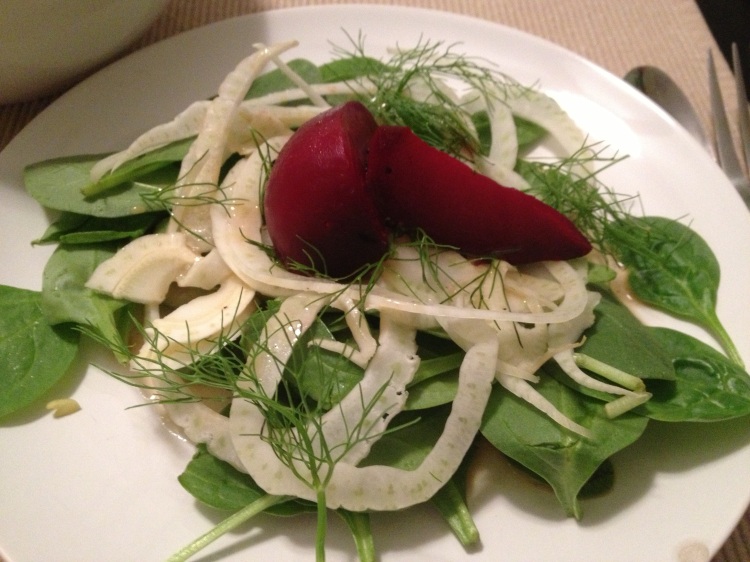 I’ve been reading that fennel contains a compound that acts as a TNF (tumor necrosis factor) inhibitor. Not really sure what that is, but I know it’s common for Behcet’s patients to be prescribed TNF blocker medications. So I figure it can’t hurt to get more fennel in my diet. I put this one through my spiralizer to get that thin, circular cut.