We had a big crew over for dinner tonight- all big meat lovers. So we grilled. Steaks, sausage, and pork chops. I made a sautéed eggplant dish to have with it. Olive oil, garlic, eggplant, grape tomatoes, and basil. 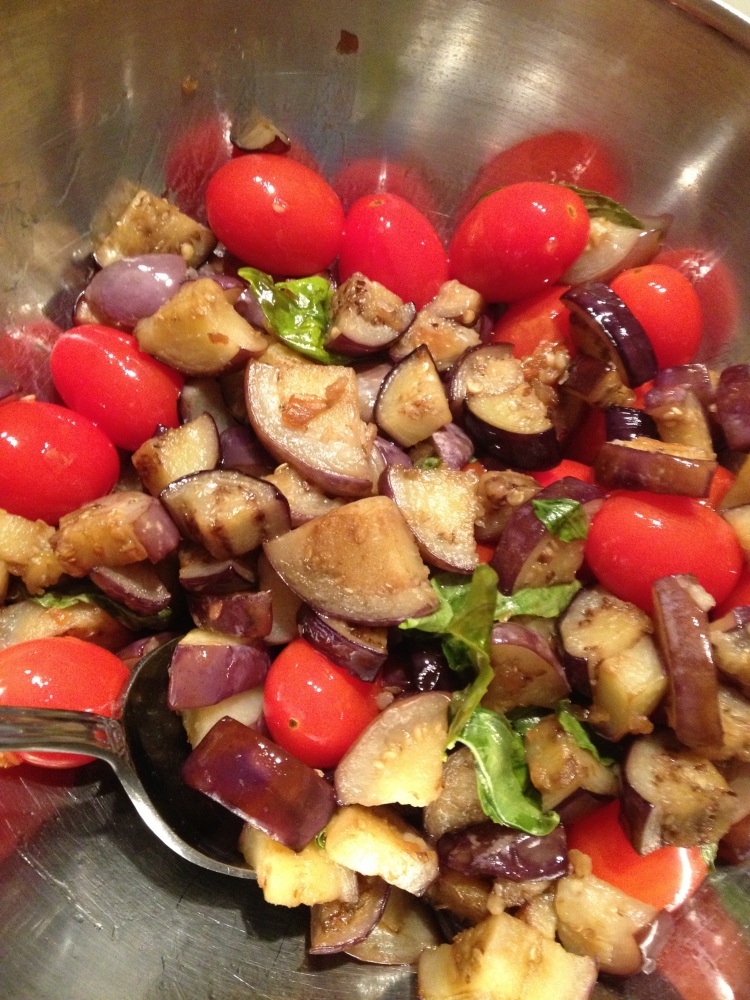 Also served up the massaged kale salad. That was a big hit- especially among this carnivorous group. Here’s a pic of my plate. 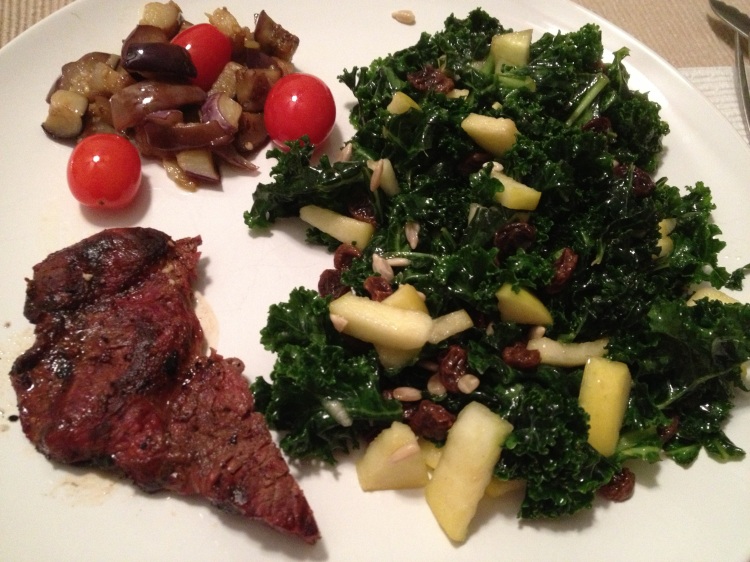 I made an alkalizing green drink (cucumber, kale stems, broccoli stems, celery, green pepper, apple) and a dessert- a spin off the raw brownie bites from last week. Raw coconut cashew bites. I’ll post a pic and ingredients later, but I ate a significant portion of those while I was making them, and then more after dinner.

One thought on “Tuesday’s Dinner”